The Monaco Ville district is a picturesque and historic area located on the Rock, but also a tourist area with the Prince's Palace, its cathedral, the various institutions, its narrow alleys with its shops, bars and restaurants. The oceanographic museum is also located in this ancient medieval city, with many fascinating viewpoints. The buildings are generally historic buildings, without elevator neither parking space and consisting of a maximum of 3 to 4 floors. A few villas are also located in this very secure and exclusive area. 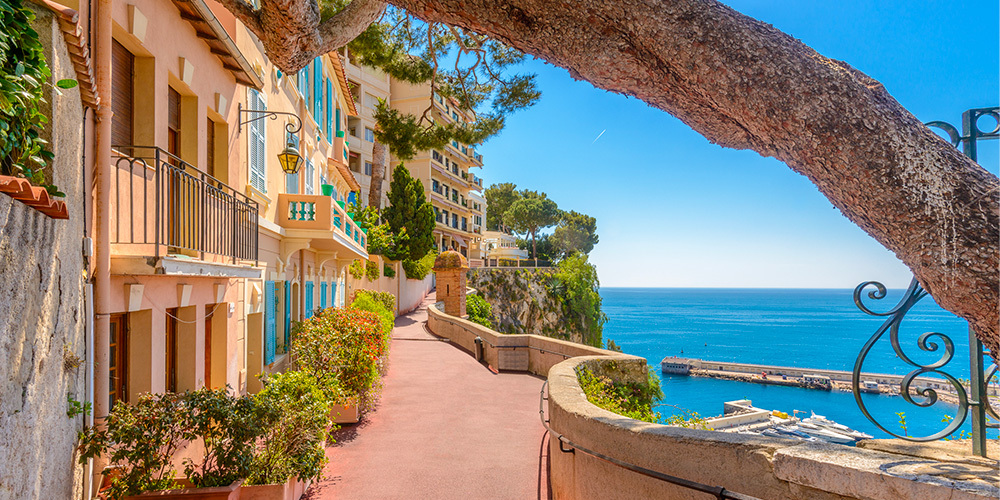 Monte-Carlo is the main district of Monaco, famous for its legendary casino, its gardens and its thermal baths, as well as its prestigious luxury hotels such as the Hôtel de Paris, the Hermitage and the Metropole. The golden square area is part of this district with many jewelers, luxury shops and famous restaurants. It is also the most expensive place regarding real estate prices.

Being the nerve center of the Principality, very dynamic and lively, you will find many luxury residences mixing with "Belle Epoque" and contemporary architectures, as well as many head offices of famous companies. You will have all amenities around. 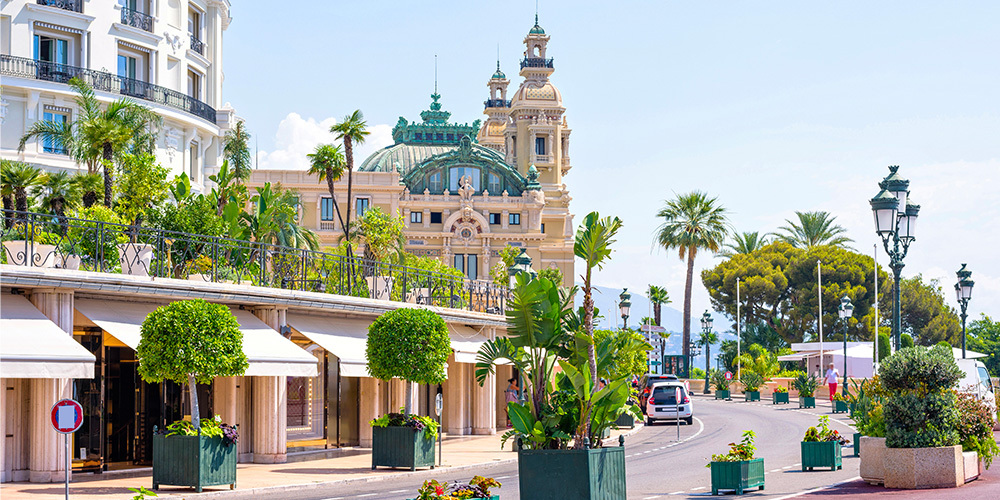 The Larvotto district reflects Monaco’s postcard, like a small seaside resort, with its beach, its hotels, its restaurants and its nightclubs.

This district also includes an exhibition and congress center (Grimaldi Forum) and a performance hall (Le Sporting) as well as some of the most beautiful residences. It will soon welcome the sea extension, called L’Anse du Portier or Mareterra, and its new marina.

With its fantastic panoramic view and top level services, it is one of the most expensive district, with the golden square area.

THE PORT AND CONDAMINE DISTRICTS

It is a shopping district with the charm of its paved streets, the market square (Place d'Armes) where daily producers from the region come to offer their products. There are also many shops, restaurants and bars.

The Condamine district is also home to the world-renowned Port-Hercule for the international events taking place there, such as the Formula 1 Grand Prix, the Jumping and the Yacht Show.

The Monaco Yacht Club and Automobile Club, that are very exclusive clubs, are also located in this lively central district.

The very heterogeneous architectural style brings together old buildings and modern residences, some of them enjoy a splendid view on the port and the Formula 1 circuit.

This district is located on the west side of Monaco. This residential area also includes many offices and a few industries. It was partly built on the sea in the 80s, which makes it very modern. It is an ideal living-space for families thanks to its green spaces and in particular the Roseraie Princesse Grace, its sports facilities with the Louis II multisports stadium, its many shops and the Marquet beach located at the French border.

True city in the city, the architectural style is very homogeneous. It hosts charming residences with a neoprovençal style, offering large living-areas and a beautiful sea view for most of the apartments.

You will find an international heliport, as well as a marina located on the Rock’s cliff side, including many bars and restaurants.

The Jardin Exotique district is named after its famous park and is located at the northwest side of Monaco. This residential area overlooks the Principality and usually offers a beautiful panoramic view over the whole city.

The Princess Grace Hospital, the Princess Antoinette Park which is a real haven of peace for children, and some shops are also located in this area, that mainly consist of large modern residences, with still some old villas as well. 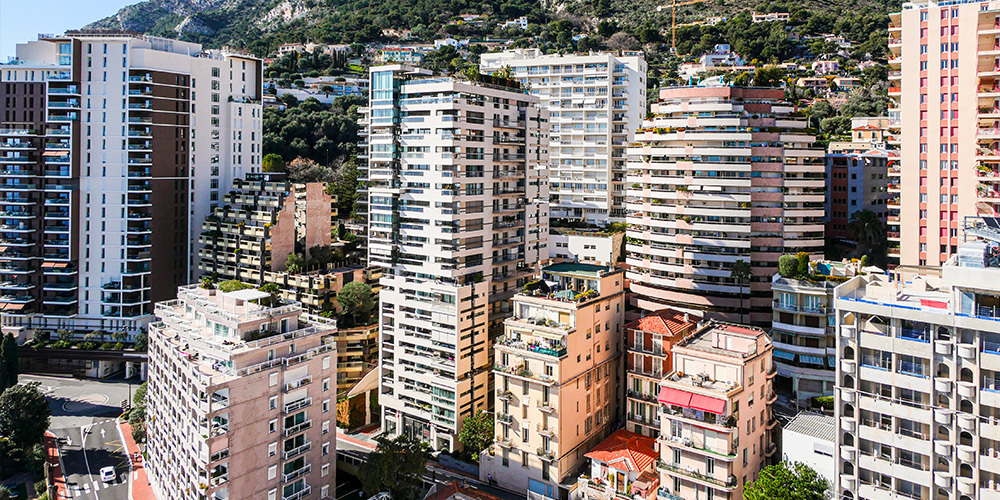 La Rousse - Saint Roman is located on the eastern part of Monaco, just above the beaches which are easily accessible thanks to numerous public elevators.

The buildings are large and high, amongst which some recent luxury constructions, such as the Odeon Tower, offering a breathtaking view of Monte Carlo, the beaches, up to the Italian border.

This area is rapidly expanding with many development undergoing. It benefits from all the facilities including the Monte-Carlo Country-Club sports complex, located at the French border.